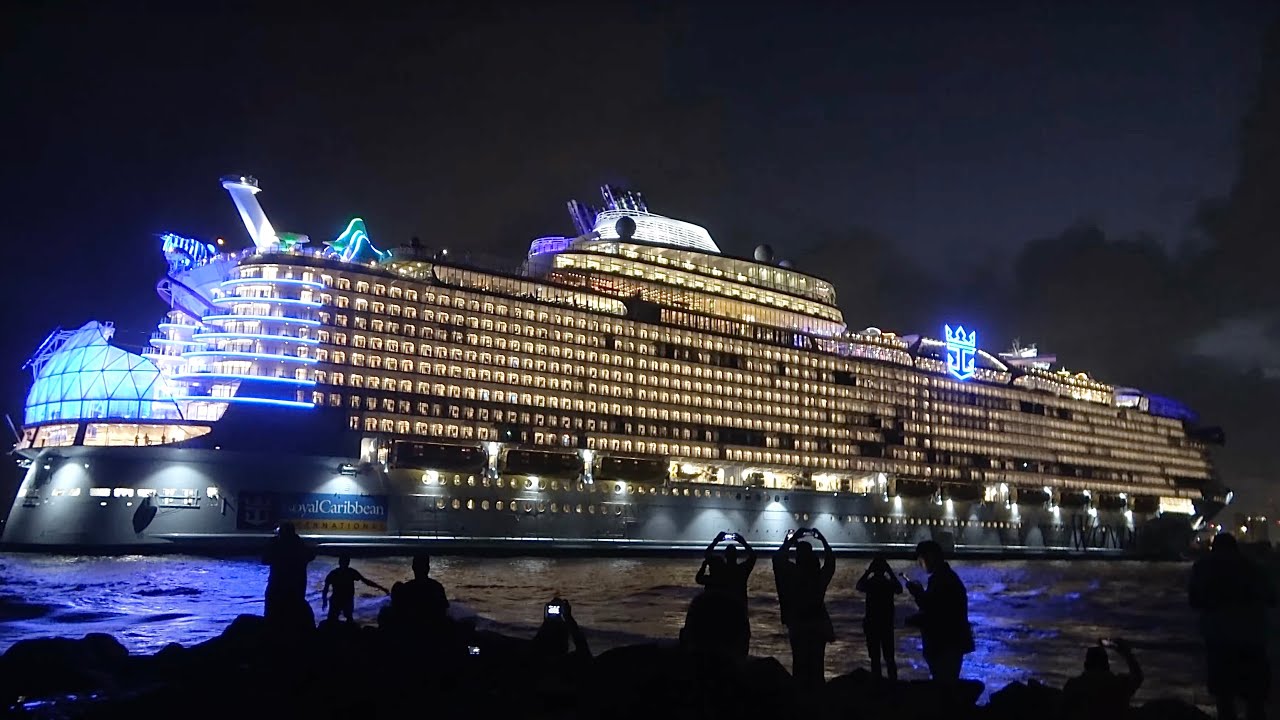 Looking at the mega luxury cruise ships docked at the Port Everglades in Ft Lauderdale, you would probably be amazed at the mere size of these vessels. To be more precise, these mega ships are more than 5 times larger than the Titanic.

When the enormous new cruise ship arrived in Port Everglades on Monday, February 22, 2022, it was met with open arms. The Wonder of the Seas arrived in the early morning and will begin sailing on March 4, 2022, with her first voyages scheduled for that date.

Wonder of the Seas will be similar to Symphony of the Seas and three earlier Oasis Class vessels with a few new twists that will contribute to its bigger size, including a dedicated suite area with a private lounge, restaurant and sun deck. Like the four earlier Oasis Class ships, it will be 18 decks high and nearly 1,200 feet long — the equivalent of more than three football fields. The ship is six times larger than the Titanic and carries up to 9,300 passengers and crew members.

Like the earlier Oasis Class ships, Wonder of the Seas will offer multiple main pool areas, a kiddie splash zone, surfing simulators, a miniature golf course, a basketball court and even a zip line. And that’s just on its top deck. Inside the vessel, you’ll find more lounges, bars, restaurants and shops than you can imagine, plus a huge casino, spas and theaters with real Broadway shows.
As with earlier Royal Caribbean ships, it’ll even have an indoor ice-skating rink.

Port Everglades began planning for the arrival of the massive ship in 2007 and by February 2009 construction was well under way on Cruise Terminal 18. The original terminal was expanded more than three times the size and became a 240,000 square feet or 5.5 acre terminal in order to accommodate the massive size of the Oasis.

Workers hoisted into place one of the world's largest tilt wall sections, a 324,000 pound concrete section that serves as the main entrance for Cruise Terminal 18. The 45-foot wide and 57.6-foot tall section in the shape of a louver provides an overhang for guest. Florida based Tilt-Con Corporation constructed the wall section which is estimated to be the second heaviest tilt wall section in the world.
The cost of expanding Cruise Terminal 18 was estimated at $75 million. As part of the agreement with Royal Caribbean Cruises Ltd, Port Everglades was to reimbursed 89 percent of the cost of the expansion.